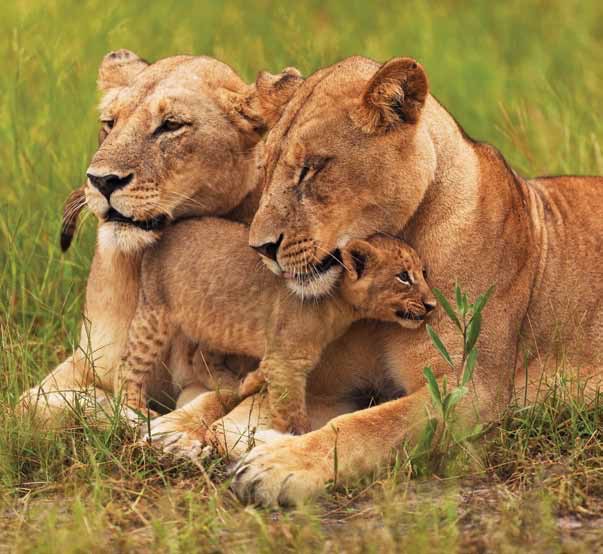 From the Serengeti Plains to the spice island of Zanzibar, join the GUAA Travel Society from July 11 – 24, 2021 on a small group adventure in Tanzania.

Explore Serengeti National Park and the Western Serengeti Corridor, where you’ll see plains dwellers such as the lion, cheetah, zebra, and wildebeest, along with other plains animals and some 500 species of birds. Fly to tropical Zanzibar, and make your way through its city’s narrow alleys lined with shops, homes, and hidden courtyards.

$TBA per person based upon double occupancy for land/tour/safari/internal flights within Tanzania only.

International air-inclusive packages from $TBA per person based upon double occupancy total price from New York. ($TBA air, land & safari inclusive plus $TBA airline taxes and fees). Please see the brochure when ready or contact us for rates from other cities.

Single travelers please add $TBA. Single space is very limited. Please contact us to verify availability prior to forwarding your reservation and deposit or to inquire about possible roommate options.

Business Class upgrade on round-trip Trans-Atlantic flight: $5,495 per person in addition to the costs above. All upgrades are subject to availability and pricing is subject to change.

(*All published rates are per person based on double occupancy and include airline taxes, fuel surcharges, and departure fees of $597, which are subject  to change until final payment is made.)

Day 3: Arrive Arusha
Upon arrival we transfer directly to our hotel. Tonight we attend a briefing about the journey ahead followed by a welcome dinner. D

Day 4: Arusha
This afternoon we set out on a game drive in Arusha National Park, where we may spot waterbuck, zebra, giraffe, some of the nearly 400 species of birds that call the park home, and in the distance, possibly, snowcapped Mt. Kilimanjaro. Inside the park we’ll see Mt. Meru, Africa’s fifth highest peak at almost 15,000 feet. B,L,D

Day 5: Arusha/Tarangire National Park
We depart today for the two-hour drive to Tarangire, Tanzania’s 1,100-square-mile park known especially for its high concentration of elephants and for the many baobab trees dotting the savannah. We enjoy a game drive en route to our lodge, located within the park. After lunch and some time at leisure, late afternoon we enjoy another game drive in the park, where we may see zebra, wildebeest, Cape buffalo, giraffe, lion, leopard, cheetah, and of course, elephants. B,L,D

Day 6: Tarangire
In store today: morning and afternoon game drives in this gem of a park slightly off the beaten path. Along with the abundant game, we’re sure to see some of Tarangire’s 550 species of birds, as well as the many termite mounds scattered amid the grass- and swampland here. B,L,D

Day 7: Tarangire/Ngorongoro Conservation Area
This morning we depart for Ngorongoro, wildlife haven and homeland of the semi-nomadic Maasai people. We arrive in time for lunch at our safari lodge uniquely set on the rim of the Ngorongoro Crater, blending in so much with the landscape as to be invisible from the crater floor. This afternoon is at leisure; the views of the crater from our lodge, spectacular. B,L,D

Day 8: Ngorongoro Crater
This morning we descend to the floor of magnificent Ngorongoro Crater, a UNESCO site and at 100 square miles the world’s largest intact and perfectly formed volcanic caldera. The unique biosphere here has remained unchanged for eons; towering walls encircle the crater’s floor which represents Africa in microcosm: grassland, swamps, lakes, forests, and some 25,000 mammals, including elephant, black rhinoceros, lion, hippo, and zebra. Then we return to our lodge for an afternoon at leisure. B,L,D

Day 9: Ngorongoro/Olduvai Gorge/Serengeti National Park
En route today to the fabled Serengeti, we visit 31-mile Olduvai Gorge. It was here in 1959 that anthropologist Mary Leakey discovered the 1.8-million-year-old skull of Australopithecus boisei – and revolutionized the study of human evolution. Part of the Ngorongoro Conservation Area (which itself is part of the Serengeti region), Olduvai is considered the “cradle of humanity” and ranks as one of the world’s most important prehistoric archaeologial sites for its rich fossils and early hominid remains. Then we visit a Maasai village before we continue on to Serengeti National Park, home to such plains dwellers as lion, cheetah, zebra, and wildebeest. The Serengeti, the Maasai’s “endless plain,” is considered Africa’s finest park, and we begin to see why on this afternoon’s game drive. Today’s safari outing concludes at our lodge, which we reach in time for dinner. B,L,D

Day 10: Serengeti
In Tanzania’s northeast corner sits the vast Serengeti, 5,700 square miles (equal in size to Connecticut), one of the world’s last great wildlife refuges, and the Tanzanian portion of Kenya’s Masai Mara National Reserve. Twice a year (Jan–Feb and Jun–Oct), some 1.3 million wildebeest, 200,000 zebra, and 300,000 Thomson’s gazelle migrate to new grazing lands, sparking one of nature’s most spectacular sights and the world’s largest migration. But the Serengeti’s plains teem with animal life year-round, and this is the best place to see lion and cheetah up close, perhaps on today’s game drives. B,L,D

Day 11: Central Serengeti
On today’s game drives, we have the chance to see some – or all – of Africa’s “Big Five:” lion, Cape buffalo, elephant, rhino, and leopard, along with wildebeest, zebra, eland, gazelle, and other plains animals, and some 500 species of birds. Between and after our drives, we have time to enjoy meals and the amenities at our lodge, which include a raised terrace and stone-ringed infinity pool with views over the savannah. B,L,D

Day 12: Serengeti/Zanzibar
We fly this morning to tropical Zanzibar, Tanzania’s semiautonomous Indian Ocean archipelago with a colorful and storied history. Upon arrival mid-afternoon, we set out to discover Stone Town, Zanzibar’s capital, a UNESCO site, and East Africa’s only ancient town still functioning. A heady mix of Moorish, Middle Eastern, Indian, and African influences (though predominantly Muslim today), Stone Town boasts a labyrinth of narrow alleys lined with shops, homes, hidden courtyards, and extravagantly carved wooden doors, as we see on our tour. From here we travel to our beach resort on Zanzibar’s eastern coast. B,L,D

Day 13: Zanzibar
A morning tour of a spice plantation reveals why Zanzibar is known as the “Spice Island” – its bounty of cloves, nutmeg, ginger, chilies, black pepper, vanilla, coriander, and cinnamon have found their way around the world for centuries. We return to our hotel in time for lunch on our own and an afternoon at leisure to enjoy the amenities of our beachfront hotel. We dine tonight at our hotel. B,D

Day 14: Zanzibar
After a full day at leisure to enjoy the amenities of our resort hotel, tonight we celebrate our Tanzania adventure at a farewell dinner. B,D

Day 15: Depart for/Arrive U.S.
Early this morning, we transfer to the airport for our flight to the U.S., where we connect with our return flights home. B

What’s not included:
Taxes; passport, visas and associated fees; personal expenses such as laundry and telephone calls; accident/sickness, trip cancellation, and baggage insurance; excess baggage charges on aircraft; International airfare, transfers and baggage handling to/from hotel on day of arrival and/or departure if you have booked as a “land only” participant or if you are arriving earlier or later than and/or departing earlier or later than the scheduled group transfer(s); any overnight on land due to flight schedule(s); international airfare of booked as a “land only” participant, tavel insurance, vaccinations, telephone calls, internet access, meals, alcoholic or other beverages and all other services not specifically mentioned in the “Included Features” section of the program brochure.